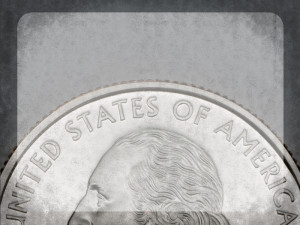 24 After Jesus and his disciples arrived in Capernaum, the collectors of the two-drachma temple tax came to Peter and asked, “Doesn’t your teacher pay the temple tax?”

When Peter came into the house, Jesus was the first to speak. “What do you think, Simon?”he asked. “From whom do the kings of the earth collect duty and taxes—from their own children or from others?”

“Then the children are exempt,” Jesus said to him. 27 “But so that we may not cause offense, go to the lake and throw out your line. Take the first fish you catch; open its mouth and you will find a four-drachma coin. Take it and give it to them for my tax and yours.”

This short passage describes a problem that Jesus solves with a miracle.  That is not so unusual for Jesus. What is a bit different is that this is the one and only time that Jesus performs a miracle concerning money, and the one and only time that the miracle brings help or provision for himself.  Those two things alone should send us exploring this setting and digging behind the event to see larger principles that can instruct and guide us.

The problem begins when Peter is approached by tax collectors from the temple who were seeking from Jesus what was called a “temple tax.”  This tax was instituted back in the Old Testament and required every male over 20 to pay an annual fee for the support and upkeep of the temple.  When Peter is asked whether or not Jesus paid that tax, Peter answers without hesitation, “Yes he does.”  In this answer we find that it was Jesus’ custom and practice to pay whatever taxes, duties, and fees that were expected of Him, even if He did not agree with the reason for them.  This is an important point right off the start that merits deeper examination.  Jesus accepted the situations that created the need and did not seek to change them.  This is a common mistake that many people make in prayer.  We can easily find ourselves asking God to do what He will not do.  We do this by asking Him to use His power to change the person or circumstance that has created the need.  Praying for God to remove legal demands, unfair penalties, or wipe out fines and tax burdens is one way to address our needs before Him, but is it a way He will answer?  I regularly see what appears to be God’s favor in those matters where fees are reduced significantly or some form of compromise is provided so that the debt or obligation is able to be satisfied, but God did not change the system that created the need.  The fact that you got relief from a ticket that you had no idea how you were going to be able to pay does not provide that you won’t get ticketed for speeding or “barely” running that red light if you do it again tomorrow.  As a rule, God does not intervene to change the things that create the need.  If God were to do that, He would be creating a utopian world here and that is not part of His plan.  At least not yet…  We would be better to do as Peter intended to do, which was to present the need to Jesus and seek His solution for paying what was due.

As soon as Peter turns from the tax collectors, he goes to find Jesus.  Before he has a chance to even bring up the matter, Jesus (knowing what was going on) begins a short Q & A with Peter about taxation.  It can seem at first glance that Jesus is saying that the tax being requested was unfair, but as we already noted, the temple tax was instituted by Moses and followed by Israel into the time that Jesus walked upon the earth.  What Jesus appears to be pointing out was that He was the Lord of the temple and as such neither He, nor those who served Him (His disciples), should be required to pay the tax.  While this was true in the largest sense, Jesus also knew that a refusal to pay the taxes on the basis of that argument would have created an unnecessary offence, so He then gives Peter instructions on how to gain the provision to meet the demand.  There are a couple things here that should be pointed out.  First, we all need to grow in our belief that Jesus does know about our needs before we have had the chance to “fill Him in.”  I find that so many of my prayers are informational, as if Jesus has lost track of me and needs to be briefed.  In this setting we get the idea from the Greek language that Jesus starts this conversation even as Peter enters the door or as the question was forming on Peter’s face and he was opening his mouth to speak, Jesus interrupts him.  I wonder how much my life would improve if the first act of my prayer life was to sit and listen, rather than dive in and spill the details of what Jesus already knows.  The other point I would offer is how Jesus was able to make a value decision about the taxation matter even though He could claim the higher ground of being justified in refusing to pay it.  This is a level of wisdom all of us could stand to gain.  I see it in myself and in others with a great deal of regularity where our point of clarification on a matter quickly becomes THE point of contention.  I’m sure you’ve had the same experience I have in watching people who are pressing a matter with someone else that goes beyond wisdom and will not end well.  I’ve found myself muttering things like “let it go… just back off now… please don’t step into that…” under my breath as a very self-righteous and determined friend has turned a pleasant conversation into an awkward and unnecessary brawl.  Jesus was able to say, “This is not worth provoking or offending them, so let’s pay the bill.”

The decision to pay the tax instead of starting a debate brought Jesus and Peter right back into the place of need.  Don’t be afraid to go there with Jesus; He always has a plan.  His plan, as it turns out was to send Peter fishing.  Jesus told him that he would catch a fish (which in my fishing experience is the real miracle), where to look for the coin and the value of the coin.  The takeaway for us is to realize that the path to God’s provision will frequently involve instructions for us to follow.  Trust and obedience, more often than not, are a required part of the way that God meets needs.  You may want to argue about the fishing expedition, but you would be better off to trust and obey.  Another important observation about this is that the money provided was just enough to meet the need.  I’ve seen people turn down a job because, “while it might help today, it won’t take care of my needs in the future.”  I don’t know if you’ve noticed it or not, but Jesus is pretty focused on today and He wants us to confine our obedience to today as well.  Trust is for the outcomes, the eventualities of tomorrow; obedience is about what He has instructed us to do right now, today.

Let your mind wander a bit back down the trail of this miracle.  When did the coin fall into the sea?  Who lost it and how did that happen?  When did the fish swallow the coin?  What kind of forces does God impose on creation to place them in cooperation with this specific timing, location and appetite?  As you think through these questions and wonder at them, let your soul be comforted in the assurance that long before you came into the awareness of your crisis, God was setting things in motion; lost things, found things, swallowed things, hooks, worms, the tug on a fishing line, the warm sun on a happy fisherman’s face.  It’s a good day to go fishing.  It’s a good time to be following Jesus.

The last thing I want to point out from this event is that the money harvested from the mouth of the fish took care of Jesus’ needs and Peter’s.  We are not let in on where the other eleven were at this point or how their taxes were paid.  All we know is that the need was created by a question that concerned Jesus alone.  The question was asked of Peter, but the object of the question was his “teacher.”  When Jesus spells out the plan to secure the provision, he tells Peter that the money will be enough to pay the taxes for both of them.  Here we find ourselves needing to make another shift in our thinking.  The acts of God that involve your needs are always intended to do more than merely meet your needs.  We are inclined to seek provision that is enough for the immediate need and include some bit more to insure our comforts against tomorrow’s needs.  The provision for Jesus’ needs extended to and included Peter’s.  I think that God is seeking a specific kind of person to bless with His full miraculous measure of provision.  God delights in meeting needs by giving creative solutions to His people who are willing to hear, interested in others, and ready to act in faith.  I want to be that kind of person.  I need His creative solutions.  The need is greater than what the effort of hands and intelligence of heads can provide.  Will you believe God enough to ask for His solutions?  Are you willing to follow His instructions?  Are you ready to share what you receive so that the needs of others are met?  God is looking for those who will say yes in all these places and follow Him.

3 Replies to “Fishing for Solutions” 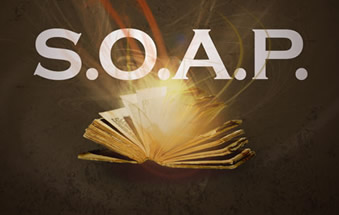 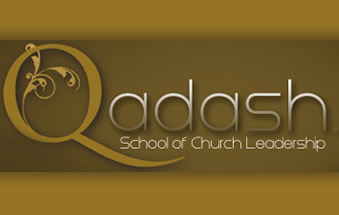 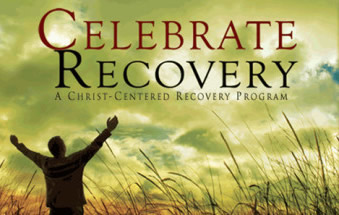